Funding schools in Washington State is based on the McCleary Funding Model, where the aim is to have equitable funding for all. However, Ferndale and several other School Districts in the state must continue to rely on local levies to fund school programs.

What does the levy mean for the district budget?

Do other school districts use levies to fund operating budgets?

Yes. Levies have provided part of the funding for schools in Washington State for nearly 50 years. All seven school districts in Whatcom County passed four-year levies in 2016 that run out at the end of 2020. Therefore, all seven districts will be asking voters to renew their levies in February 2020 — as will many other districts across Washington State.

What happens if the levy is not renewed?

If our levy is not renewed, we will lose 13% of our operating budget beginning on January 1, 2021. Since the levy pays for programs that serve students, and all programs require staffing, losing the levy funds will necessitate cutting both programs and staff.

What is the difference between a bond and a levy?

Our most recent levy was a four-year levy passed in 2016. A levy provides money to help the district fund day-to-day school programs and operations. It bridges the gap between State funding and the cost of current programs, and pays for people and services such as teachers, classroom materials and extracurricular activities.

By contrast, a bond pays for capital projects, mainly new construction and remodeling of existing buildings. Our most recent school bond was passed in 2019. The majority of the money from the 2019 bond will fund the construction of a new Ferndale High School.

How long will the levy last?

How much revenue will the levy raise?

The local levy will raise approximately $12.5 million per year.

Is Ferndale the only school district asking voters to pass a levy in February?

Why hold a special election in February?

The current levy, which was approved in February 2016, runs out at the end of the 2020 calendar year. The state designates the schedule for elections and the February date is the first opportunity in 2020 when FSD can ask voters to consider a levy renewal. It is also cost-effective, since FSD sharing the election costs with all of the other school districts in Whatcom County, who are also running renewal levies on the February ballot.

A second reason FSD choose to run our levies in February is to allow enough time to develop our budgets for the following school year. The law requires them to notify employees in the spring if they have any reason to believe they will not be able to renew their contracts due to budgetary constraints. Without the assurance that the levy funding — which constitutes 13% of the FSD budget — will continue, the District will be forced to issue lay-off notices in April and May.

Take a look at the levy information on the Ferndale School District website at www.ferndalesd.org/levy or write to Support Ferndale Schools at info@supportferndaleschools.com. 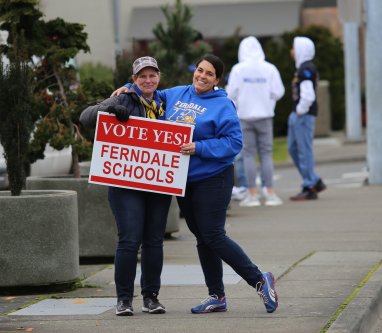 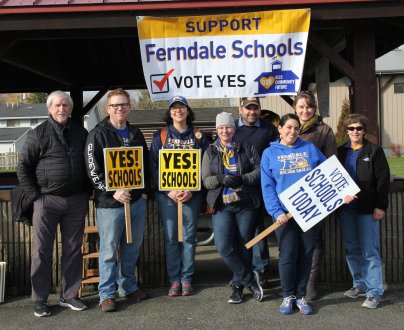